Taking pictures in Winter with special emphasis on Snow is interesting topic. Many photographers try taking snow pictures during dusk or in early hours to get magical moments captured. Applying techniques to capture the Snowfall is another story. Reflecting light of snow will cause hindrance in balancing the white light.  If careful exposure mode/settings are not applied, the resulting pictures might be different showing snow in blue or grey colors. Using tripods and hood over lenses are always suggested while taking Snow pictures. Slow shutter speeds/rapid fire techniques (specially to capture snowfall) and with correct focal lengths you can capture wonderful snow time Images.

Click on each picture to see in large format 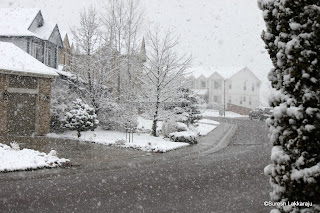 I took this picture when there was a good snowfall in form of flurries.  Exposed at f/4 with shutter speed setting at 1/1250 sec. and ISO being at 100. 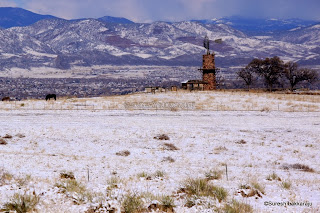 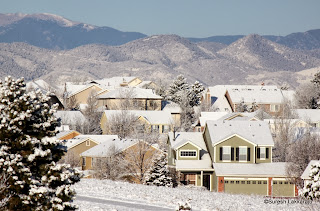 These two pictures show examples of  snow at countryside and urban setting during winter. Blanket of snow covering  the ground and mountains in one picture and over the settlements and mountains in another give contrast appeal. 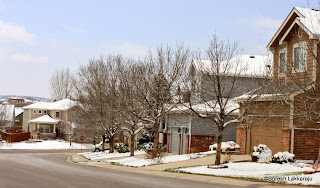 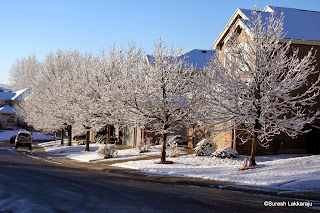 These two pictures show the same area in an urban setting. I clicked the above picture just before light snowfall and another after heavy snowfall (at different times). 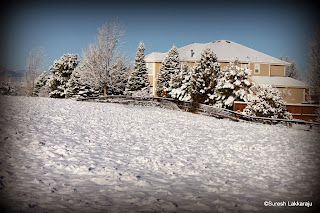 This picture shows good amount of snow powder on ground  reflecting bright light in sunlight with foliage covered with snow in background. I took this picture with focal length being at 60 and f-stop at f/4. Shutter speed was set to 1/2500 sec. and ISO setting at 100. 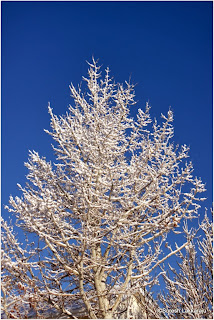 Another picture showing a tree covered with the snow instead of green leaves. 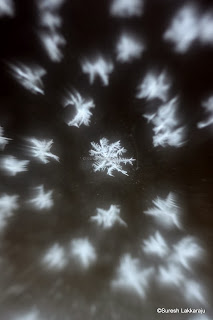 This picture shows you the details of a SNOWFLAKE. I took this picture using Macro lens when there were flurries. A tiny speck of snowflake has beautiful pattern when it strikes either ground or any smooth surface. 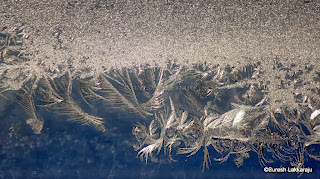 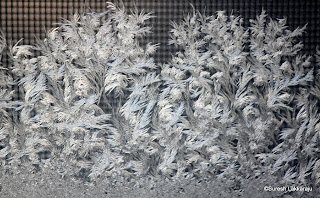 These two pictures show the dazzling pattern of snow flakes when piled together on a surface in freezing temperatures. These pictures give you feeling of an artist drawing snow paints over canvas. A Photographer gets few chances to click such dramatic appearances of snow times. 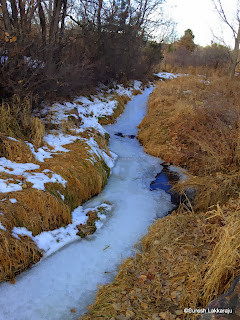 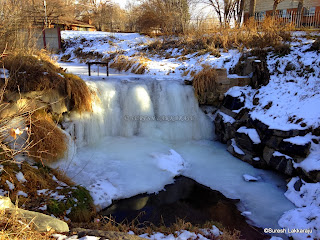 These two pictures show how the running water  freezes when a snow fall occurs in freezing temperatures. 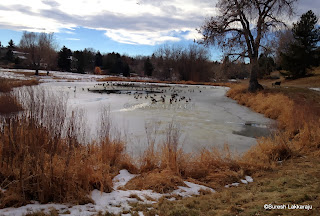 Another Picture showing a frozen pond after snowfall in freezing temperatures. You can see Geese walking over frozen snow. Some water still in liquid form is seen at the center of pond. 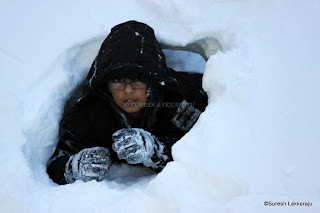 Finally, what is a snowfall when there is no fun? I took this picture of my second son Deepesh, who goes crazy in snow rolling, hiding and playing in snow building caves and digging holes.

Posted by Suresh Lakkaraju at 11:42 AM No comments: 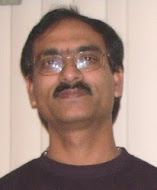 Hello... Thank you for visiting my blog. I want to use this media to display some of my photographs and discuss about its features and highlights. I anticipate to get the views,opinions and expert comments from the valuable visitors of my blog. Photography has been my hobby, passion and interest. This blog will help me to pursue my skills in photography seriously and grow further. I will post frequently some good and interesting photos of various subjects and themes. Please do not copy or pirate the pictures without my permission. I will be glad to help you in best possible way, if you can contact me for permissions, copies and high resolution images. Click on each photo to see in larger format. Enjoy the pictures...